1. Erdrum: Just when my ears ”pass” the water surface, a clinic in the eardrum takes place just as at the Toynbee Maneuver (TM)! Thus, unlike the Valsalva maneuver (where the eardrum is affected via Eustachian tube), TM affects muscles(s) via swell muscles(s). In addition, I can do TM without holding for the nose (which is the original method, which suggests that the functioning of the nose is not completely ok. My guess is that it is the second clam (and ostemeatal complex) where it is not free (and not fully air-conductive resulting in mild hypoxia) passage that causes great sensitivity to air pressure changes. However, probably not enough to cause it.

There are more observations related to the above:
My physicians: … text in here ..
Moreover, in International references discusses, e.g. “Ear children get also problems as adults” Association Between Childhood Hearing Disorders and Tinnitus in Adulthood https://jamanetwork.com/journals/jamaotolaryngology/fullarticle/2468493

Discussing text
As I have made experimentation last 2,5 years to find ways out of very hard, not at all understood dysfunctions mainly obviously (neuro)biological, I will below only will describe some which I think can have a clinical interests associated with similarly multifaceted symptoms/problems.

As I also use my psychophysiological laboratory, I can SEE what I do, and do what I SEE (see = understand and observe), I can (in many cases) tailor my tool from my biopsychosocial toolbox. (more in educational material). Why I have this below is to inform that many of the strategies I train are single case documented (IBED, Individual Biological Evidence based Documented, enabled for ”Moving up” to more traditional publication using a pooling strategy of patients) 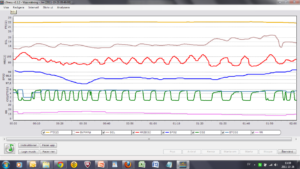 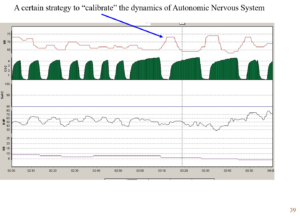 Below I will very briefly describe biological, psychological (including Limbic-) and social tools.

But first, one way to interpret http://carism.se/2021-22/multifaceted-hypothesis-overview/ is to focus on Systemic InflammAging (SIA) as the main dysfunction involved in many different dysfunctions, as e.g. Spinal degeneration, Nasal-, Eustachian-, Middle ear-, Eardrum-, Cochlea- as well as Gastroesophageal reflux elated functionality. As SIA is critical for many functions it seems to be associated with respiratory and cell metabolism (mitochondria) functions. It seems to me, in my case, that ”level of feeling refreshed” give indication of general conditions when energy systems functions somewhat better. This may also give indications of what may contribute to a more constructive health position even when the main systems per se is not observable influenced – but may over time not recognizable – but may be assumed. Even if this is positive a positive ”background feeling”, it may be something not only contributing to more positive emotional (which per se is not to be neglected) but also over time influence biological processes through decrease of Limbic, spatial stress related reactions (assumed nocebo) but also increase of constructive influences (assumed placebo). In my case, it sees to be a relation between some of my tool training activities and a small, but still increase in energy levels.

As there are so many self-care tools at work, it is of course complex to try to identify a certain tool effects but more ”sum of the tools exercises” (where synergy also may be occurring), which is not of reductionstic nomothetical evidence based empirical relevance of course. But, may be at IBED – Individual Biological Evidenced based Documentation (a kind of singel case design), of high clinical relevance.

Motivation for this exercise: Justification of this exercise is observations by my primary care physician that the eardrum realizes looks functionally correct, but may be (a) Perforated eardrum, and/or (b) Cholesteatoma, while (c) probably also Systemic InflammAging ? Can breathe through Eardrum forming part of complex interactions that can hardly be identified in springtime in detail via examination methodology.

But, since I feel clearly that the eardrum is affected by the above in different combinations, something happens, let’s call it activities that perhaps refresh the functionality of the area. However, oddly enough, even small circle massage at approximately osteomeatal complex can affect the eardrum area.

As an example, see the pictures below – everything is so close . . 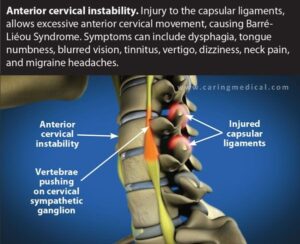 The exercise: Lying on my back with pillow under my lumbar spine
As well as various functions (see picture ”my multifaceted … ” link) as the swell behavior + yawn behavior + the suction behavior (central evolutionary functions) all of which can affect the eardrum where the Toynbee maneuver ”led the way”. By then entering the double chin position or movements (on different) (suggestion from my physiotherapist) interaction between these can be facilitated. In addition, coordinated (a few that are gradually increased to all gradually) movements are based on respiratory behavior based on the principle of autonomic nervous system oscillation, i.e. on inhalation, parasympaticus is inhibited (increased activity/tension) and on exhalation, sympathy cubes are inhibited (increased relaxation, passivity).

Above, it takes time for most people, I suppose, to tailor their version and to succeed in this I take many quiet little steps to bring about supposed great progress. The basic goal is of course to affect the severe main symptom, but I aim to increase the functionality of the entire complex in terms of general health development, which I could feel early on.

My own practice is in step-by-step development and I report here how it goes over time.